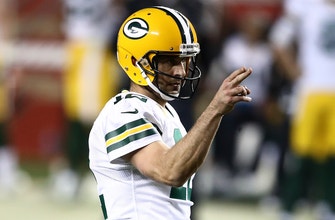 Aaron Rodgers and the Green Bay Packers topped the San Francisco 49ers, 34-17, behind his four touchdown passes and 305 yards. Rodgers connected with Marquez Valdes-Scantling on two touchdown passes and Marcedes Lewis added a score as well. Davante Adams nabbed his 8th touchdown catch of the season on the Packers’ opening drive, making the Packers the first team since 2007 to score on all eight opening drives through the first eight games of the season.