Home
NFL
Saints RB Alvin Kamara: ‘I did my small part’ on offense in six-touchdown performance
Prev Article Next Article 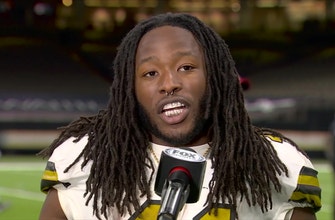 New Orleans Saints running back Alvin Kamara tied an NFL record by running for six touchdowns against the Minnesota Vikings on Christmas Day. He joined FOX’s Erin Andrews after the game and was modest, saying his offensive line earned the game ball and that he played just a small part in the team’s success on offense.

More from this Author