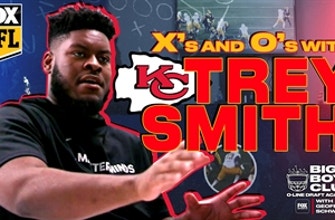 Former 8-year NFL offensive lineman, Geoff Schwartz and offensive line guru, Duke Manyweather, come together to bring you the ‘The Big Boys Club’ – a series dedicated to offensive lineman centered around five of the top O-lineman in 2021 NFL Draft. Geoff and Duke sat with the 4th round hidden gem to the Kansas City Chiefs, Trey Smith, before the draft to break down his physical and mental traits using college film from his time at Tennessee!