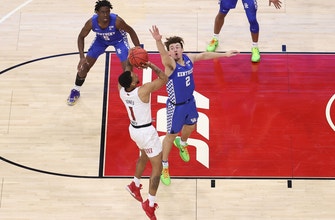 Carlik Jones and David Johnson led the charge for the Louisville Cardinals as their team defeated the Kentucky Wildcats, 62-59. Jones lead all scorers with 20 points and five rebounds, while Johnson logged 17 points, seven rebounds, and four assists in the victory. The Wildcats threatened late in the game, but Brandon Boston Jr. could not sink the potential game-typing three pointer.

More from this Author