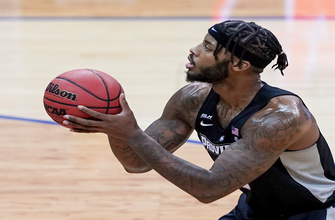 The Providence Friars took down the 11th-ranked Creighton Bluejays behind a career-high performance from Nate Watson. The senior center delivered a 29-point and six-rebound effort as four Friars scored in double figures. At one point, the Friars led by as many as 17 and shut down Creighton each time they tried to close the gap. Marcus Zegarowski eclipsed 1,000 career points on a driving layup and finished the night with 17 points and three rebounds.